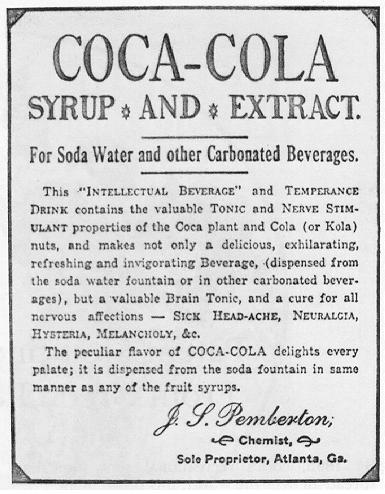 Any visit to Columbus, GA will find you strolling down Broadway and passing the places where Coca Cola AND RC Cola were invented - all within a few blocks of each other. That’s right! After the Civil War, Columbus had several pharmacists also working as chemists who came up with all kinds of concoctions from perfumes to medicines to help with ailments to beverages. One of these pharmacists was a Civil War veteran named John Pemberton who was looking for something to help with wounds he suffered during the war. After many experiments, he invented something called French Wine Cola. It was meant to work a stimulant and promised to make people feel better from their ailments. Whether it was laced with cocaine or not is still up for debate, but Pemberton changed the name of his concoction to Coca-Cola, brought it to Atlanta for wider development and distribution, and the rest is history.

If Coca-Cola had been the only major soft drink invented in Columbus, that would be a great story, but there was more. Another pharmacist, Claud A. Hatcher, began inventing beverages in 1905 in the basement of a wholesale gr

ocery business. His offerings included Royal Crown Ginger Ale, Cream Soda, and Melo fruit drinks and he eventually created the Union Bottling Works. His business grew rapidly and by 1934, Royal Crown Cola was launched as the flagship drink, better known as RC Cola. It was the first cola that came in cans and was the first calorie-free cola ever invented. RC Cola became a mark of Southern culture and pride and you had to have one with a Moon Pie!

As you stroll around Uptown Columbus and you see the places where Pemberton and Hatcher developed their concoctions that changed the tastes of the planet and brought a smile to people around the world, maybe you’ll gain some inspiration for your own life changing endeavors! Let us know what you come up with when you do!