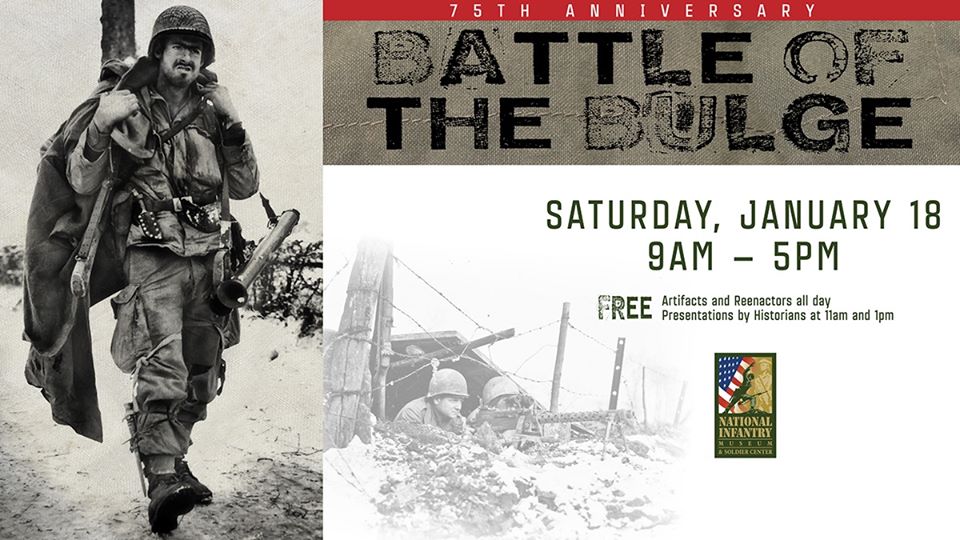 75th Anniversary of the Battle of The Bulge

Join us at the National Infantry Museum on Saturday, January 18 from 9am to 5pm as we commemorate the 75th anniversary of the Battle of the Bulge.

Called “the greatest American battle of the war” by Winston Churchill, the Battle of the Bulge in the Ardennes region of Belgium was Adolf Hitler’s last major offensive in World War II against the Western Front. Hitler’s aim was to split the Allies in their drive toward Germany. The German troops’ failure to divide Britain, France and America with the Ardennes offensive paved the way to victory for the allies.

Free Artifacts and Reenactors all day. Enjoy presentations by historians at 11am and 1pm.